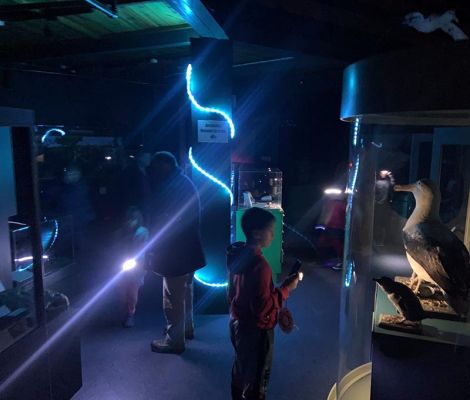 South Canterbury Museum has seen a post lockdown boost, recording its busiest July on record. The month saw more than 3,000 people use its services, mostly with on-site visits.  This was 15% up against the 3-year average.

South Canterbury Museum Director Philip Howe said that while the heritage education service was boosted by schools getting back to normal, the most marked increase was in adult visitors.

“The most obvious increase was in the number of adults, perhaps because of the end of the Live ‘n Loud music exhibition and start of the new Timaru Fire Brigade exhibition. These have both been incredibly well received by museum visitors,” he said.

"The Museum's Heritage Education Team have also been busy once schools came back under Level 1. All Term Two classes were conducted away from the Museum, but schools have returned onsite for Term Three.

“The school holidays were very busy with lots of families using the Museum as a great all-weather destination.  We held several holiday contests over the period, which received many entries, and the Museum’s annual Museum in the Dark event was booked out with over 80 kids and 70 accompanying adults attending.”

The Museum has also seen a boost from numbers from Kiwis travelling around their own country, with Timaru seeing a post lockdown bump in popularity.

“We have noticed an increase in the number of New Zealand visitors from elsewhere over June and July, along with young foreign tourists on working holidays who had remained in New Zealand over lockdown,” said Howe.

Howe also spoke this week on the Timaru District Councilcast about how important temporary exhibitions are to keeping the Museum fresh and vibrant.

“Temporary exhibitions offer us the opportunity to look a topic like fashions in the 20th century, the local music scene, a nature topic or household items from a certain period of time. These are often an aspect of local heritage that we can only just touch upon in our long term exhibits, but we can do a temporary exhibition that take a deeper look at it,” he said.

“Our whole aim is to give local residents the opportunity to come in and see something different and be able to explore a different topic, it gives people a reason to come back to the Museum more often.”

The full episode ‘Behind the scenes at the Museum’ goes into detail about running the current facility and the preparation for moving to the new heritage centre in a few years’ time. It can be listened to here