After Gallipoli the South Canterbury Mounted riflemen stayed in Egypt along with most of the other mounted units, to battle the Ottoman Empire. After a hard fought campaign the Ottoman forces were defeated in 1918.

Troopers shelter from the sun under one of their horses, May 1916.
[Alexander Turnbull Library PA1-q-604-2]

The Mounted Rifles were a highly mobile force that rode horses into battle and then dismounted and fought as infantry. Most local men served in the Canterbury Mounted Rifles (CMR) and New Zealand units were part of the Egyptian Expeditionary Force (EEF).

To protect the vital Suez Canal the EEF attacked east into the Sinai Peninsula. The harsh desert conditions meant the success of the campaign depended on the building and protection of a railway and water pipeline. The major battle in the Sinai Campaign was when the Ottomans attacked Romani in August 1916. The Canterbury Mounted Rifles were involved in a decisive attack which pushed back the enemy forces. After winning at Romani the EEF advanced without serious difficulty and with the fall of Rafa in January 1917 completely captured the peninsula.

New Zealanders in the Middle East endured harsh desert conditions. The troopers suffered searing heat during the day, freezing cold at night, thirst, disease and sandstorms. Since they were so dependent on their horses the men formed close bonds with their mounts. Tragically almost none of the horses returned to New Zealand due to fear of disease.

The desert fighting saw the creation of one of the more unusual units of the war; the Imperial Camel Corps (ICC). The ICC fought like soldiers mounted on horses, but the camels were much more suited to the harsh desert conditions.

Encouraged by their success in Sinai the British then decided to continue the attack and invade Palestine to the North. The EEF was defeated twice before victory at the 3rd Battle of Gaza in November 1917. The ANZAC mounted forces played a crucial role in the battle by taking Beersheba and outflanking the Ottoman defence. During the fighting the Canterbury Mounted Rifles got behind the Ottoman defences while other units attacked from the front. After victory at Gaza the EEF was able to advance into southern Palestine.

Mounted Riflemen on the march towards the Jordan River, Palestine, circa 1918.
[Alexander Turnbull Library ½-066833-F]

The Middle East campaign ended when an EEF attack into northern Palestine smashed the Ottoman forces in September 1918. In the decisive attack the New Zealanders moved east, successfully attacking Es Salt and Amman and blocking the retreat of isolated Ottoman troops. An armistice came into effect in October 1918.

In November 1918 the CMR left for Turkey as an occupation force. On Christmas Day they returned to the Gallipoli battlefield and tended to the graves of fallen comrades.

During the campaign over 17,000 men served in the New Zealand Mounted Rifles units. Some 1150 were wounded and 540 were killed. 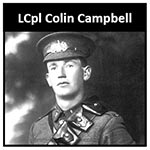 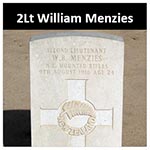 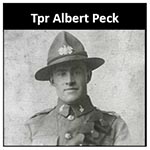 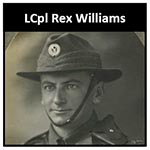